December of 2000 I get approved for MMA in California.  I have a Pay Perview connection Global Entertainment,  plus Sean Perry from Endeavor who wants to get my event on channel 13.  Endeavor is the one that got UFC on Spike.  My Pay Per View guy tells me that I have to get the sport approved in Nevada before he can do anything because they are telling him that they won’t give him any boxing if he puts MMA on Pay Perview.  So here it goes I contact NSAC tell them I have Pay Per View and want to get the sport approved in Nevada. At that time Fertitta the now owner of the UFC was on the NSAC for some reason they did not want to approve the sport yet. Could it be because he still hasn’t bought the UFC.  I tell Kirk Hendrik and Marc Ratner I am coming out there to do my event and they will have to arrest me to stop me. Hendrik and Ratner both work for the UFC now.

I get a call back the following week by Kirk Hendrik saying they are going to approve MMA and could I come out in 2001 to be in the rules process. He then tells me don’t mention I have Pay Per View and I will get licensed. I receive info about the meeting they said it is going to be just about getting the sport approved, no new license will be given out that day. That was the catch.  Now Fertitta owns the UFC and has a secret Pay per view deal. I show up and present my views etc. They approve the sport that day then Fertitta steps up and says now that the sport is approved we would like to hold an event for Pay Per View on this day using Bellagios Combat License. They approve them that day. This is how they got a jump on everyone. Because Bellagio already had a license. Shama Lama

The following week I get a call from Marc Ratner asking me to help get the Octagon approved in Nevada because Nevada only wants them to use a boxing ring.  So I do the Kazja thing I write why I created the Octagon Cage instead of a square cage. It’s because a fighter won’t easily get pinned into the corner. The vinyl fencing is to protect the fighter from falling out from high up or into a fan. It was created for safety of MMA fighters and fans. I then fax info and mail letters to all the Nevada Government agencies. Couple days later I get a call from Marc Ratner telling me that the Octagon got approved but they are only going to allow the UFC to use the Octagon because they have the trademark. I laughed and told Marc Ratner I have the copyright and the first in use rights and I will mail you all the proof.

The following week I get a call from the Fertittas on my home phone asking me if I was planning to sue them. I said possibly in the future. They said do you know who we are, we are billionaires we will squash you. Well guess what? They did, all of a sudden no Amateur MMA was allowed in Nevada and Amateur/Pro MMA was banned in California.  Here is the proof I am telling the truth. 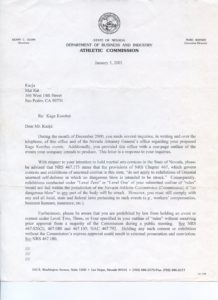 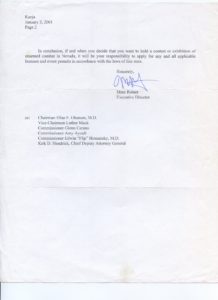 If I didn’t fight to get my Octagon creation approved in Nevada, could you imagine if UFC had to do there first MMA event in a Boxing ring, on Pay Per View. It would have died after the first event. The Octagon made it happen and explode.

This certain person did not believe me about the time I rented my Octagon out to the movie Maximum Cage Fighting.  So he e-mailed Maximum to see if my story is true. Maximum responded and told this guy that they got a call from Zuffa/UFC telling them they can’t use the Octagon in their movie. Maximum called me. I told them the next time they call you tell Zuffa your using Kazja’s Octagon the Octagon Originator.  Next time Zuffa called they told them what I said to tell them. Zuffa/UFC never bothered Maximum Cage Fighting again.  (Proof)

Endeavor proof. Howard Schultz took me to meet Sean Perry from endeavor in 1999. I played my news reel. He said he loved it and that he wants to get my Kage Kombat on channel 13. Now William Morris Endeavor may purchase the UFC. What I originated/ fought for to be legal and brought to Sean Perry of Endeavor now may sell for 4 billion. Should me the Octagon originator be entitled to a share of the sale? Also should the UFC be subject to disclose the true story of MMA and Octagon to there buyers by law?

This was the news story that got Howard Schultz to call me and set up a meeting. 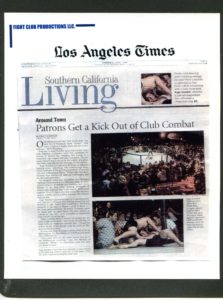 The card given to me by Sean Perry of Endeavor. 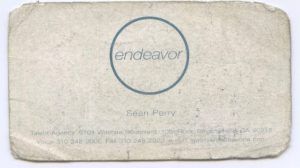 Howard Schultz wrote his name on back of Card. He introduced me to Sean Perry from Endeavor. Howard was from Light Hearted Entertainment. Notice Randy Kerdoons number from Fox Sports he covered all my events and my day at CSAC Dec 7, 2000 to get the first ever Amateur MMA License appoved by OAL of California in 2000. 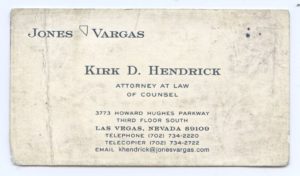 Is this why zuffa wants to sell because the truth is finally being exposed.

In 2001 I get this letter from NSAC to cover there ass. They send a Pro MMA package with huge requirements and certain ridiculous requirements. It would not have been feasible at this time. Plus I didn’t trust the home of the UFC. I would of lost everything if I brought my Octagon and show there then all of a sudden they shut me down at the last minute for a minor technicality. But this is more proof I was the true trail blazer of MMA and the Octagon. This was said to me by the guy signing this letter Keith Kiser.

Sean Perry of Endeavor who represented WWE gets UFC on Spike.

It talks about White dealing with Spike. It is sure strange that he had to have WWE sign off on something. When I was dealing with Endeavor Sean Perry was the one that got WWE on 13. When I met with him he said he had to talk to Mc Mahon before they could put me on 13 once he called Mc Mahon of WWE I never heard back from him. Endeavor now represents the UFC.
I found this interesting!!! The article does a good job vindicating Lorenzo… but it doesn’t change the fact that I believe Dana and his entourage are slick, sly, and slippery snakes. If they don’t improve their ppv’s, and if they keep losing guys like Couture… I’m curious to know where they will be in 5-10 years. Especially when they claim Randy has caused inestimable harm to Zuffa. If the UFC was truly “all that,” they would leave Randy alone… Houston, we have a problem…. Anyways, here’s the history:Click here for the sourceThe Untold Story of Zuffa’s Purchase of the UFC
One of the most dramatic moments of the recent CNBC special, From Bloodsport to Big Time, was the scene in which Bob Meyrowitz claimed that Lorenzo Fertitta, a member of the Nevada State Athletic Commission at the time, blocked regulation of the UFC, essentially forcing Meyrowitz to sell the company to the Fertittas and Dana White. Lawyers for Zuffa immediately contacted CNBC and got the segment pulled from subsequent airings.In The Wrestling Observer Newsletter, Dave Meltzer recently offered what he believes to be the accurate version of the story, partly based on his first hand knowledge, as well as the story of the early history of Zuffa. The highlights according to Meltzer:A hearing concerning sanctioning the UFC was scheduled before the NSAC on April 23, 1999. Meyrowitz had been told that NSAC sanctioning was a prerequisite to returning pay-per-view. As the hearing approached, Meyrowitz believed that he had the votes (3-2) for sanctioning, but the night before the hearing he was informed that one of the commissioners had switched his vote. Meyrowitz withdrew his request for sanctioning because he was told that he could only ask for one vote and a negative result would doom the company’s future on pay-per-view.”I don’t know which commissioner it was, but the commissioner who had the 11th hour change of mind that caused Meyrowitz to pull out was not Feritta,” Meltzer wrote. It is interesting to note that one of the other commissioners during this period was Gina Carano’s father, Glenn.More than one year later the New Jersey State Athletic Commission under Larry Hazzard did sanction the Meyrowitz-owned UFC. At that point Dana White contacted Meyrowitz about purchasing the company with the Fertittas, including Lorenzo who had subsequently left the NSAC, as his backer. Meyrowitz was interested in retaining an interest in the company, however, the Fertittas were only willing to buy outright. Meyrowitz decided to sell for $2 million because he was under the impression that sanctioning from the NSAC was unlikely, which meant no pay-per-view.Meltzer noted that while in the CNBC piece Meyrowitz claimed no regrets about the way things worked out that in reality he has always thought he was treated unfairly and has been working to return to MMA for several years. Shortly after the special aired Meyrowitz did announce a new MMA project in association with Live Nation, a subsidiary of Clear Channel and the leading promoter of live events in North America.NSAC sanctioning and pay-per-view didn’t turn out to be the immediate saviors as expected. The first Zuffa promoted show on pay-per-view did 75,000 buys behind a strong marketing campaign, however, following that “horrible show,” according to Meltzer, subsequent events settled in the 30,000-50,000 buy range until Ortiz-Shamrock I did 150,000. Following that pay-per-view numbers returned to the former range.To make matters worse, in order to get back on pay-per-view the company signed an unfavorable distribution deal which guaranteed the cable companies a certain amount of money. The early buys weren’t even close to what they needed to meet the guarantees and they lost a lot of money as a result.The other revelation from the CNBC piece was that at one point the Fertittas were ready to get out and had White shop the company. One of the people White approached was Shane McMahon, believing that all the UFC needed was a television partner and the WWE could get it on Spike TV with RAW as a lead in. Ultimately, White got a $7 million offer and the Fertittas declined because they’d lost over $30 million at that point.

The rest as they say is history. White reached his own deal with Spike (only after agreeing to pay all production costs), The Ultimate Fighter was born, and the UFC exploded. However, none of that could have happened if Vince McMahon and the WWE hadn’t signed off on the deal, a decision which McMahon may or may not regret today.

CAA is not the first Hollywood talent firm lured by the growing popularity of mixed martial arts. Endeavor represents the Ultimate Fighting Championship, and the William Morris Agency represents the International Fight League.

ENDEAVOR THE COMPANY THAT CAME TO ME FIRST BUYS UFC