This is the true story of my origination of the OCTAGON and how I got it approved to be used for MMA.

The Model I made to sell the Octagon Concept 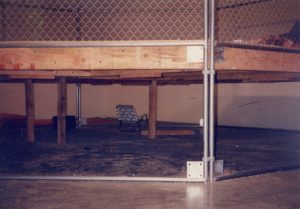 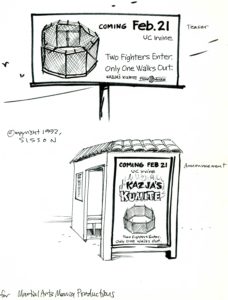 The first flyer design 1992 was going to call event Kazja’s Kumite but when CSAC said fights had to be predetermined I changed everything up and called event Cage of Rage.

Changed name and instead of saying by styles Kempo vs Silat, I created characters with style names. Had to move forward to prove that this will be huge. And to make sure that the public knows these are predetermined because of the names.

I was going to use these gloves if it was Kazja’s Kumite and real.