This will be my story how I saved Jiu Jitsu from being banned to get regulated back in 1999 with a fax machine.

Here is proof the CSAC extorted money from Joe Morreras Jiu Jitsu tournament in 2000 right after the Deputy Attorney General committed fraud in Superior Court claiming submission full contact. They came in to tournament and demanded money to be paid off or they will shut his event down right at the beginning of tournament. Then they try and say they viewed it as a fake wrestling event. Joe Morrera never promoted a fake wrestling event. 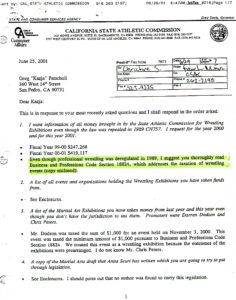 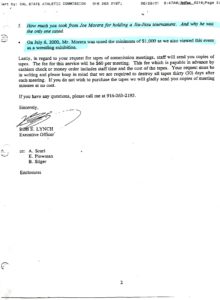