April 2016 CSAC meeting Andy Foster admitting money missing from Neurological fund 2013. This meeting was a classic CSAC meeting watch everyone side stepping the missing neurological funds especially the appointed commissioners. Now all of a sudden after my discovery of the missing neurological funds a sudden increase in money is allowed for neurological testings and they all of a sudden want to pay boxers there pension money. There is money for proper neurological testings but they want to use this C3 logix program. If a fighter is found brain dead day of fight he can still fight because the CSAC does not want to include it in licensing requirement, it might ruin the event and they can’t get paid by promotion. What good is a scan if it is not enforced to protect the health and safety of all fighters. Another wasteful spending by CSAC. Watch Mary Lemons get excited about the extra money she says spend it right away. The best is how Amateur and Pro Women fighters are treated. In Amateur MMA there are no scans even if your knocked out like in this video shown below. No pension given for selling more tickets than Pro Boxers.
Amateur Women Fighters are being used and abused in California by DCA/CSAC/CAMO. Unlike Pro Boxers who receive a Pensions and proper neurological testings these women fight on same cards as Pro fighters but don’t get a pension or proper neurological test. They bring in more fans sell more tickets but all taxes taken from there ticket sells go to only Boxers pension fund and neurological fund which the CSAC steals money from and doesn’t use for proper testings.Used and abused in California.They also are allowed to fight pregnant if they so chose. The CSAC will only supply a pregnant testing kit inside women’s locker room.
Another thing is if a women fighter is pregnant in California she can still fight.
So let’s say she gets mad at her boyfriend and wants to get rid of her bastard child she can murder him legally without paying for an abortion. She could just piss the blood and fetus remains out after the fight.
Watch video of Amateur MMA women getting knocked out.

More State scams. Listen to video on delegation authority. Why is USA Boxing, CAMO, USFL, required to be a Non Profit Organization while IKF is not required to be for Kick Boxing. IKF is a for profit organization. IKF refused to go non-profit in the past for Amateur MMA. Proof here. So why are they allowed to regulate Kick Boxing.

“It’s California’s written law, and it’s set in stone.” Says ISCF President Steve Fossum, “As much as we would like to have been selected for the position, we just have no desire to be a non-profit organization. We were asked to attend last weeks meeting by CSAC Assistant Executive Officer Bill Douglas. He said the issue of the ISCF not being non-profit would not be an issue.

However, we were clearly misinformed because Mario Rodriguez made it clear that the selected organization must be a “non-profit” organization. Once we realized this, the question was, ‘Who do we side with?’ Yes, there were issues related to experience with CAMO, and possibly the right choice may have been no choice. However, amateur MMA in California needs to move forward.

So confusing that now ISCF/IKF has full delegation over kick boxing  and is not a non-profit organization. But when they gave CAMO delegation you had to be a non profit. Also USFL had to be a non-profit along with USA Boxing. So what is it? CSAC known for making up there own laws and picking  which ones they want to enforce. WOW TOTALLY CONFUSED ON THIS ONE

Steve Fossum is a great organizer and promoter etc. Nothing against this guy. Just want to know why he can be a for profit if everyone else is a non-profit. Need answers. Much props to Mr. Steve Fossum. Been here as long as I have.

Did Andy “ISCF” Foster allow this because of ties between Steve Fossum and him in the past. Proof Below: 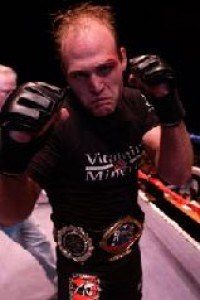 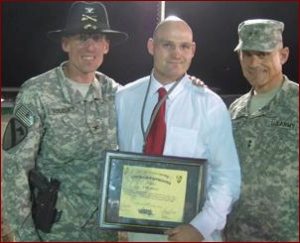 Why are they the only one using the weight test calipers. Not USA Boxing, Not IKF, Not USFL, why is selective enforcement being applied to CAMO.